Kingdom & Empire is set on the continent of Pittia. Pittia’s peoples have enjoyed an uneasy truce in the two decades following the Kingdom of Celesia’s eliminationist war against a draconic race. Many of Pittia’s nations have ancient roots and remain largely traditional societies, though there are one or two fairly dramatic exceptions. These nations have all endeavored to adapt in their own ways to the new realities created by the Dragon War.

The social and technological disruption actually began in the years just prior to the Dragon War, as the Mages of the Amaranthine Tower bestowed the Kingdom of Celesia with the magically charged arcane cores that would enable them to effectively engage their draconic foes. These arcane cores enabled the development of large piloted mechanical suits of armour called Praetorians, as well as giant floating skyships that for the first time enabled aerial combat, rapid military deployments, and fast travel over long distances.

A continent away, the Ithican Empire had developed into a pitiless meritocracy that used their own parallel development of arcane cores to fuel an expansionist industrialization that saw them conquer and subjugate the entire Ithican continent. Having exhausted its domestic opportunities for expansion, the Empire then turned its sights towards Pittia as the presumptive target of its first overseas conquest.

Pittia’s uneasy truce was irrevocably shattered on the 6th of Trias, 411 BU by the invasion of the Ithican Empire. The assault by a large fleet of black skyships from Ithica’s expeditionary and semi-privateer Blackship Raiders took the continent of Pittia entirely by surprise. Pittia’s nations now find themselves desperately trying to resist an onslaught of a scale and ferocity beyond any they had previously known.

Kingdom & Empire is a 36mm truescale skirmish wargame designed for 2-4 players. Players choose their forces from one of Kingdom & Empire’s 12+ factions and then pit their forces against each other on a 4′ x 4′ play surface, competing to achieve victory by completing mission objectives.

The outcomes of most events in the game are determined by rolling a pair of six sided dice against a target number. The target number is determined based on the characteristics of the units involved. Kingdom & Empire uses a pair of dice for most rolls instead of a single die to reduce the chances of a couple of unlucky rolls determining the outcome of a game.

The units in Kingdom & Empire range from simple pikemen to ranged musketmen, towering Praetorians and thunderous cavalry. These units all have vital roles to play on the table and learning to effectively use them together is the key to victory and defeat. Later expansions will introduce other factions that showcase the arcane power of mages, the ferocity of mythical beasts, and the inventiveness of those unbound by traditional ideas of war.

Kingdom & Empire is designed with both narrative and competitive gameplay in mind. The rules include a set of standard game types suitable for competitive play as well as installments of a narrative campaign that tells the central story of the Kingdom & Empire setting. The rules are also designed with an emphasis on clarity and balance that we believe help to facilitate all types of gameplay. 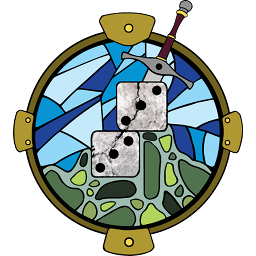 The setting for Kingdom & Empire has been in development for several years. It features a variety of races, nations, cultures, economies as well as levels of magical and technological development. A brief introduction to the histories and cultures of some of these nations will give you an insight into the compelling scope of our fictional world. It will also familiarize you with some of the nations and organizations that play roles in the central narrative arc of our game world. Discover the setting of Kingdom & Empire. 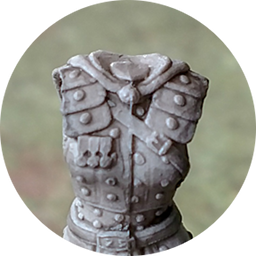 Kingdom & Empire is initially launching with the Celesian Knights of the Field and the Ithican Blackship Raiders. These are just two of the more than a dozen playable factions that will ultimately be featured. These factions are drawn from the many nations of Pittia and from their Ithican invaders.  Each faction will have unique miniatures, rules, play styles, and fictional background stories that explain their histories and their unique approaches to warfare. Learn more about the forces of Kingdom & Empire. 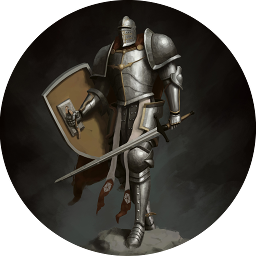 The gallery for Kingdom & Empire shows the concept art for the units we’ve developed so far, as well as images of their digital sculpts, giving you a taste of what is to come as more Kingdom & Empire units reach production as hand cast resin miniatures. Explore the art of Kingdom & Empire.